Bad Honnef was not only the home of the first Chancellor of the Federal Republic of Germany, Konrad Adenauer, but also of various other personalities. Peter Scholl Latour lived in Bad Honnef until his death in 2014 and is also interred in the Rhöndorf forest cemetery, Heinz G. Konsalik wrote many of his novels in the Bad Honnef district of Aegidienberg. Guido Westerwelle was born in Bad Honnef and spent the first years of his life here, the former government spokesman Friedhelm Ost is a Bad Honnef citizen.

But also in earlier times many personalities visited Bad Honnef. The “Nizza am Rhein” (“Nice on the Rhine”) attracted royalty such as Queen Sophie of Sweden or poets and thinkers like Guillaume Appolinaire or the poet Freiligrath to the Rhineland. They all appreciated the wonderful nature and the mild climate.

In 1967, after Konrad Adenauer’s death, his children donated the house and garden in Rhöndorf to the state. In return, the federal government committed to establish a foundation to preserve the memory of Konrad Adenauer. This foundation exists since 1978 and the permanent exhibition on the life and work of the chancellor, as well as the famous rose garden and the private residence attract numerous visitors.

In addition to a visit to the house of Adenauer and the exhibition, a tour of Bad Honnef in Konrad Adenauer’s footsteps is recommended. A corresponding flyer in German is available to download HERE.

Finally, you should not miss two of Adenauer’s favorite specialties: the “Herrentorte” at “Cafe Profittlich” and a glass of good Drachenfels wine at “Weingut Broel”.

About Queen Sophie, Willy Brandt and others

In addition to Bad Honnef’s most famous citizen, various other personalities were drawn to the Rhine. In the neighboring town of Unkel, the “Willy Brandt-Forum” is worth a visit. Willy Brandt lived here from 1979 until he passed away in 1992.

Poets and thinkers in the 19th century also visited the city on the Rhine. Guillaume Appolinaire wrote poems in Bad Honnef. The poet Freiligrath called for the reconstruction of the “Rolandsbogen”, which overlooks Bad Honnef, with a poem. Brahms performed his “Vier ernste Gesänge” (“Four Serious Songs”) in a world premiere at the Hagerhof in Bad Honnef. Wilhelm Grimm’s daughter owned the estate “Weingut Menzenberg”. Her father was a frequent guest of Karl Simrock.

At the beginning of the 20th century, Bad Honnef developed into an up-and-coming spa town. Queens, for example from Sweden and the Netherlands, stopped on the island of Grafenwerth with their steamboats and visited the town.  Remarkable buildings from this period include the Bad Honnef “Kurhaus”, as well as many Art Nouveau buildings of wealthy businessmen in the “Königin-Sophie-Strasse” and along the “Bernhard-Klein-Strasse”. For all those interested in architecture, a tour is heavily recommended.

But Jewish life was also an integral part of the Bad Honnef community. Everywhere in Bad Honnef you can find “Stolpersteine”, memorial stones embedded in the sidewalk, which remind of Jewish citizens deported from Bad Honnef during World War II.

The flyers (in German) for the corresponding tours can be found HERE. 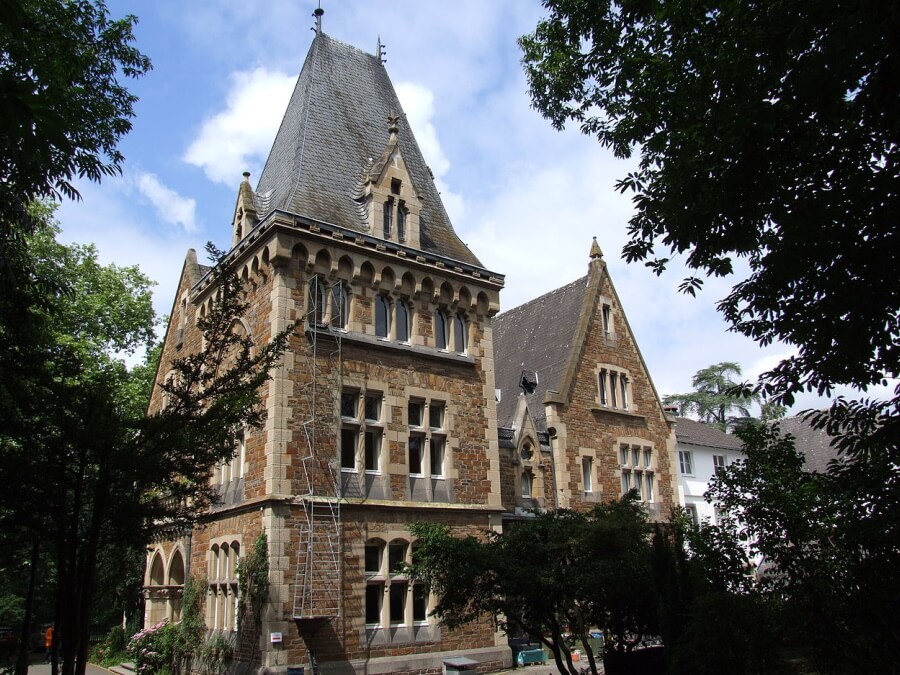 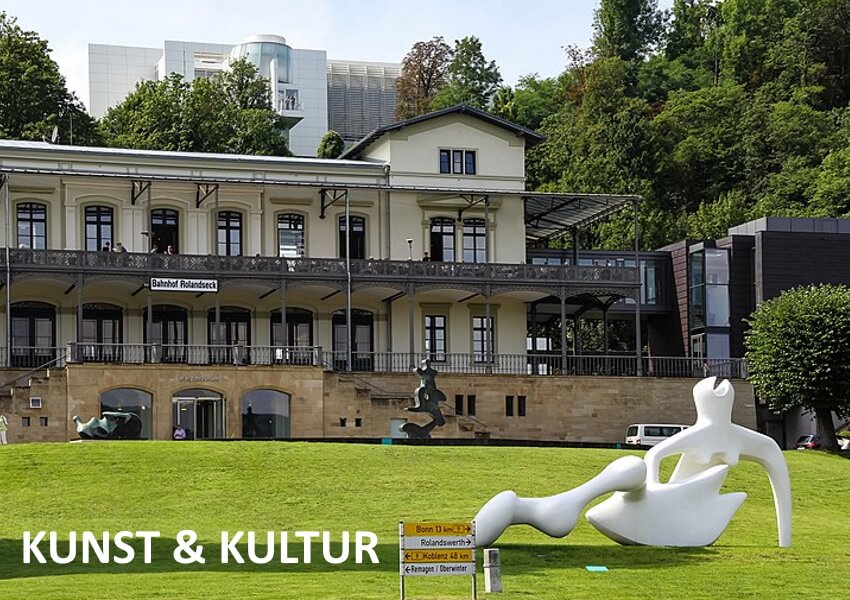 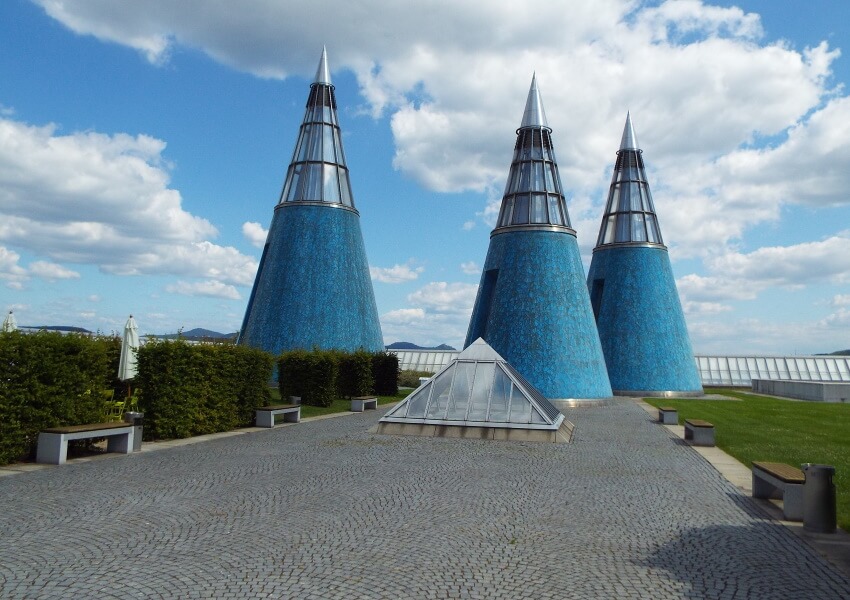 Bad Honnef’s art and culture scene is very diverse. In addition to a broad variety of associations with numerous traditional clubs, such as shooting clubs and carnival clubs, as well as the festivities organized by these clubs, the newly renovated Bad Honnef “Kurhaus” has become a special event space. High-quality cultural events are held here throughout the year. An overview of Bad Honnef events can be found HERE.

On the opposite side of the Rhine, directly above the historic Rolandseck train station, the ARP museum is situated. The collection of works by Hans Arp and Sophie Taeuber Arp enjoys an excellent reputation that extends beyond the country’s borders.

An insight into the evolution of the Siebengebirge’s landscapes and their use is offered by the “Siebengebirgsmuseum” in Königswinter. A little further upstream, Drachenburg Castle, a work of historicist art, is one of the most important landmarks in the region.

A little further downstream, Bonn offers various other options for those interested in art and culture. Whether the “Bundeskunsthalle”, “Haus der Geschichte”, “Beethovenhaus” or various stages such as the Bonn opera – an overview here is provided by the Bonn information site.